Chinese Medicine During the Autumn Season 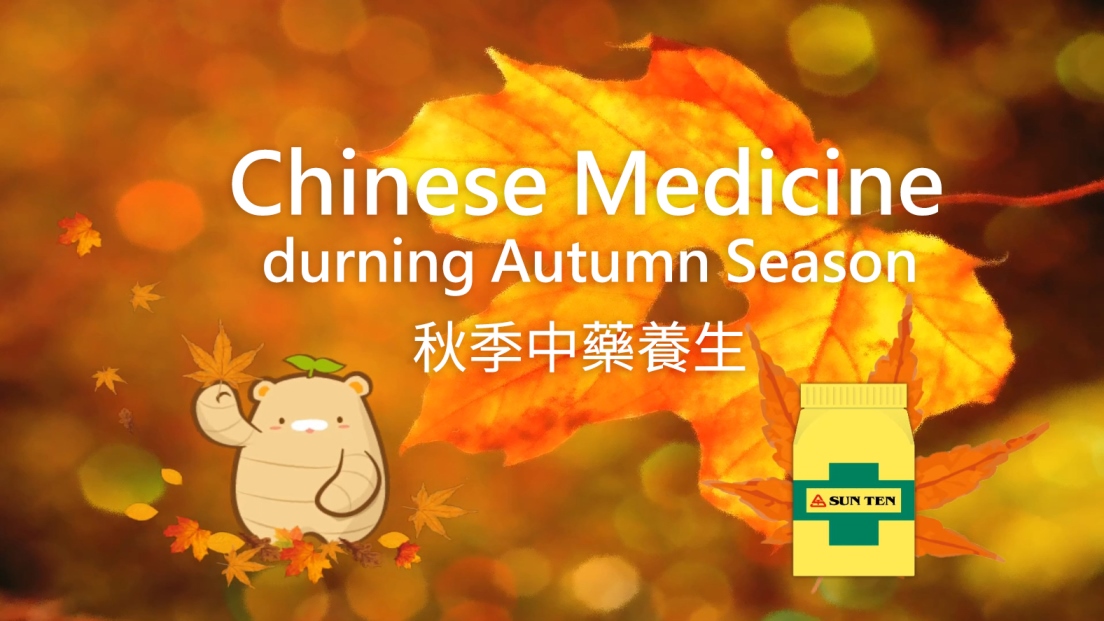 Autumn is best known as the season of harvest. It is a time to gather what has been grown during the Summer and store it for the upcoming Winter season. During the three months of Autumn the growth and expansion from Summer begins to slow and settle. The climacteric energy is changing from the Yang of Summer and moving towards the Yin of Winter. The days become shorter, the tree leaves change colors and eventually dry and fall, and there is a nip of cold in the air. Everything begins to contract as the climate is governed by Yin.

The Huang Di Nei Jing recommends that we “go to bed early and get up with the chickens [at dawn].” Since there is less Yang and more Yin, qi begins to move internally within the body. In order to prevent dispersing vital qi.  This will cause all mental faculties to become calm and peaceful, and moderate the downward blow of Autumn.  Reel in your mental energy to be in harmony with the condensing quality of Autumn qi.  Do not disperse your energies, and the Lungs qi will be clear.  This is the way of nourishing life in accordance with the nourishing and constricting qi of the Autumnal harvest season.  Going against these principles will harm the Lungs network, eventually causing diarrhea in Winter, when things should really be in a state of storage rather than leakage.  The qi of Autumn is dry, and so it is advisable to consume some moistening sesame to counteract the dryness.  Avoid cold drinks, and do not wear damp and cold clothing close to your skin.”

Metal is associated with dryness and the color white. The internal organs related to the Metal element are the Lungs and Large Intestine. The associated tissues and sensory organ of these two internal organs include the skin and hair, and the nose. Of the Five Elements, it is the Metal Element that dominates during Autumn. Within the body-scape the Lungs are the organs associated with the Metal Element, and the Large Intestine is the bowel associated with the Metal Element. During the Autumn this internally-externally related organ-bowel pair are most resonate with the dynamics of the season. We may see more symptoms and illness related or caused by the seasonal climacteric qi, interactions of the Five Elements or Yin Yang manifestations. It is important to observe that symptoms and illnesses may also affect the associated orifices and tissues and cause problems with the nose and sinuses, the skin and hair.

The Lungs have an affinity for the pungent flavor which means that pungent foods will strengthen them. In an excessive state, the Metal element will overact on the Wood element, namely the Liver and Gallbladder. Thereby, one can promote a balance between the Metal and Wood through a balance of flavors. During Autumn, when the Metal is easy to become excessive, we avoid the Metal promoting pungent flavor and increase the sour flavor which strengthens the Wood. Pungent foods include onion, ginger and pepper. Sour foods include pineapple, apple, grapefruit and lemon. Another benefit of sour foods is that can also help to generate and astringe fluids.

Autumn tends to have less rain than the Summer which leads to relatively dry environment. Wind tends to be frequent, in fact one of the characteristics of Autumn is watching the winds blow the dried leaves from their trees. Dryness and wind can injure body fluids and attack our Lungs to create a pathological dryness of the Lungs, Large Intestine and their associated tissues such as skin, hair and the intestinal surface, as well as, effect the nose and sinuses.

The Lungs are known to be delicate and to dislike dryness which easily damages their vital body fluids. When the Lungs are healthy, they descend qi. But when they become injured, by dry wind in this example, the qi will not be able to descend normally. When this happens, the qi will instead rebel upwards to cause a cough. Wind dryness, or dryness caused by damage to the body fluids will often combine with heat or phlegm to complicate the cough and propagate other upper respiratory tract, nasal or sinus disorders.

We can see that in order to prevent illnesses related to the dryness of Autumn it is very important to stay hydrated and keep the tissues moist. Many of the traditional health promoting concepts used during the Autumn season are focused on increasing body fluids. Likewise, many of the herbs and herbal formulas used either preventatively or for treating Autumn season illnesses also are formulated to, at least in part, provide fluids and moisture to the body and to target tissues, organs and bowels according the case at hand.

Foods that moisten dryness include lily bulb, white fungus, nuts or seeds, pear, lotus root, pumpkin, honey, soy milk, dairy products, porridge, and soup. Many people eat porridge for breakfast and soup for dinner during the Autumn season in an effort to provide their body with more fluids.

Chinese herbs and herbal formulas can be used as a preventative regiment, or they may be used to treat the patterns of disease recognized by the discriminating herbalist.

These are herbs that can be used as a tea or as an ingredient in food or a formula to promote the generation of body fluids and moisten.

Below listed are a few of the most commonly used Chinese herbs and herbal formulas used to treat patterns of illness occurring during the Autumn season.

Moistening Formulas that treat dryness. Each formula addresses a specific pattern of illness.

Formulas to open the nose and sinuses :

Formulas that strengthen the Wei qi :

Formulas that tonify the Lungs :